There have been a series of tumultuous events recently, both tragic and hopeful. The reactions to the deaths of Michael Brown in Ferguson and Eric Garner in New York City, to the CIA Torture Report and to the so-called normalization of relations by the USA with Cuba each demonstrate a tendency to stereotypical, myopic bromides.

Shankar Vedantam on this NPR piece questioning “What is torture?” references research that illuminates our biases and dissembling. When we hear about terrible acts done in our name we either reframe those acts as being not so bad, as being necessary, or as being perpetrated by someone outside of our group identity. We engage initially in “semantic wrestling” that re-categorizes a horror into a hiccup, as nothing but “torture in a teacup.” Or else we remember selectively or forget a negative interpretation in favor of a positive one.

This post is not intended to weigh in on the polemics of the recent tragedies involving the deaths of black men at the hands of white police officers, nor the acts portrayed by the CIA Torture Report. Rather, my intention is to point to these events as illustrative of how we use language to perpetuate or conceal our biases, and avoid conversations that would peel away those self-deceits. When we choose language that reduces people to an “it” or something subhuman, such as a “demon” or person of bad character, we are justifying our perception and placing those people outside of our realm of compassion. Similarly, as Christopher Hitchens discovered and explained in his Vanity Fair article “Believe me, It’s Torture,” language that mitigates the full import of extreme meaning, such as euphemisms for torture, are irrelevant when encountering, for example, enhanced interrogative acts as the torturous experiences that they are.

How we speak and what we choose to say can, however, be moderated when we converse with others about these subjects. We’ve vacuum packed our minds. If we are to pierce that shrink wrapped self-justifying carapace that Vedantam refers to, then we must embrace our art of conversation. What we may find is that our views shift and morph. Amazingly, according to a study reported in the New York Times here, when people supporting particular political policies are “asked to explain how these policy ideas work: they become more moderate in their political views.” Quite simply, the very act of articulating a viewpoint enables us to discern weaknesses either in the subject or in our understanding of it. As individuals, we get to sharpen our views by investigating
them with a conversational partner. 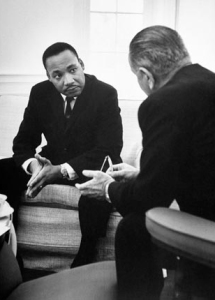 In part, this is why I applaud the normalization of relations with Cuba. This is not an act condoning past actions so much as it is an endeavor to change the dynamic of our engagement and, in enabling conversation, allows for the tenor and content of our conversations to refresh stale attitudes and to manifest positive possibilities. To ease away from our rigid mindsets and the negative state of affairs they generate, we need to find the courage to be sincerely, curiously, courageously conversational with others. It is in conversation that I find hope.