Leadership Development for Psychopaths. Or Not. 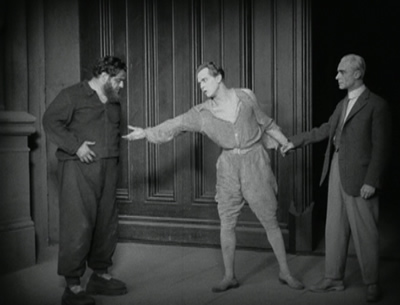 Amusing and bemusing are the findings of British journalist Jon Ronson who asserts that CEOs show four times the prevalence of psychopathic traits compared to the general public. Surely that gives us pause for thought? What about our own personal set of values and ethics? As someone is promoted up the hierarchy of management, they can become less sensitive to others and to themselves. We lose our capacity for empathy and compassion. As we gain power and status, we lose perspective and connection. We become siloed and closed minded.

Leadership and leaders have been defined numerous ways. Peter Drucker asserted that getting the right things done was a common trait of good CEOs. A 2012 study published in the Journal of Finance titled Which CEO Characteristics and Abilities Matter? found that “performance is more strongly correlated with resoluteness and execution-related skills than with interpersonal and team-related skills.” The emphasis is on achievement-based character traits where even anti-social leadership (or Ronson’s psychopath) is approved of if it can produce required business growth.

According to behavioral economist Dan Ariely, when “market norms enter our considerations, the social norms depart.” But we don’t have to allow that. We do not have to choose between our spirit of social good and imagined business performance. According to the authors of the book, Firms of Endearment, those firms showing humanistic tendencies have outperformed the S&P 500 by 14 times and outperformed Good to Great Companies by six times over a period of 15 years. Economists, psychologists, biologists have been finding that generosity and thinking of others is a winning strategy. In other words, leaders can still generate successful performance while retaining their humanity.

The 20th century workplace was a mechanistic environment. The education innovator, Sir Ken Robinson cautions us that businesses are not machines and humans are not mechanical parts. We are in an experience economy that requires knowledge workers. Those workers need to be engaged, but a vast number are not. Too many of our workplaces continue to be venues of a type that Aldous Huxley described as organized lovelessness.

Neuroscientist Marco Iacoboni finds we are “wired for empathy.” It takes real effort to achieve authentic connection with another human, but we are built to relate with others. Empathy gives us the ability not only to see the world from many other perspectives, it enables us to see ourselves from numerous different viewpoints also. We get to see the behavior of others and of ourselves in a new light. Conversation enables us into empathy, and into numerous ways that we may pierce the boundaries that constrain us as leaders.

We do have a choice. We can frame successful leadership through positive social values and not anachronistic models as I have suggested previously here. How are you incorporating conversation and empathy in your leadership development programs?