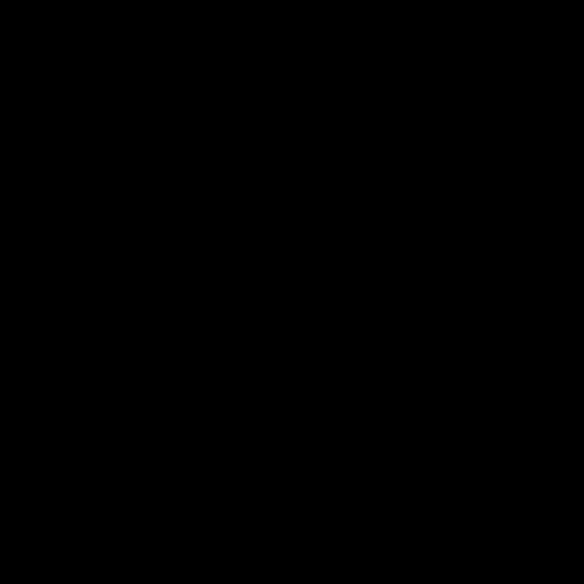 We are so afraid of introspection, of being alone with ourselves, that we throw a technicolor array of distractions across our experiences. That fear of ourselves is captured well by Søren Kierkegaard who said, “The unhappy man is always absent from himself, never present to himself.” This incapacity prevents us from experiencing the fullness of the human condition and hinders realization of our potential. In conversational terms, silence is a manifestation of an absence that, nonetheless, is fertile, expressive and empowering. 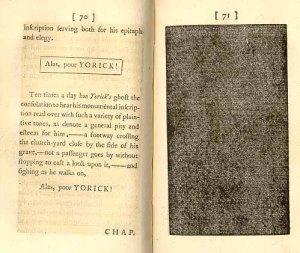 To advance our understanding of the nature of silence, we might consider the question, what does silence look like? Silence is leant a three-dimensional physicality in the work of author Lawrence Sterne. His nine volume book, “The Life and Opinions of Tristram Shandy, Gentleman,” originally published between 1759 and 1767 incorporates a variety of innovative visual and verbal elements. Sterne’s diligent attention to all aspects of the book’s printing included his signing personally thousands of copies of the original editions. His painstaking care over the surprising use of type, fonts, layout and spacing is most evident in his manipulation of the page to convey silence. Using a blank area, Sterne invites the reader to interact with the book by drawing in his own portrait of the Widow Wadman. Similarly, Sterne inserts a blacked out page upon writing of the death of Yorick.

The varied and multiple cultural uses of such devices is compellingly referenced in an essay, “Black on Black” by Eugene Thacker of New York’s The New School. The artistic and philosophical expressions Thacker reflects upon suggest that absence is enigmatically not there yet is fully present. That is embodies something in nothing, and that its emptiness can be suffocating.

Silence is not an easy experience to dwell within, but it is an essential feature of the human condition. Embracing it with others in the context of conversation helps define the contours of being in relationship with ourselves and with the world around us.